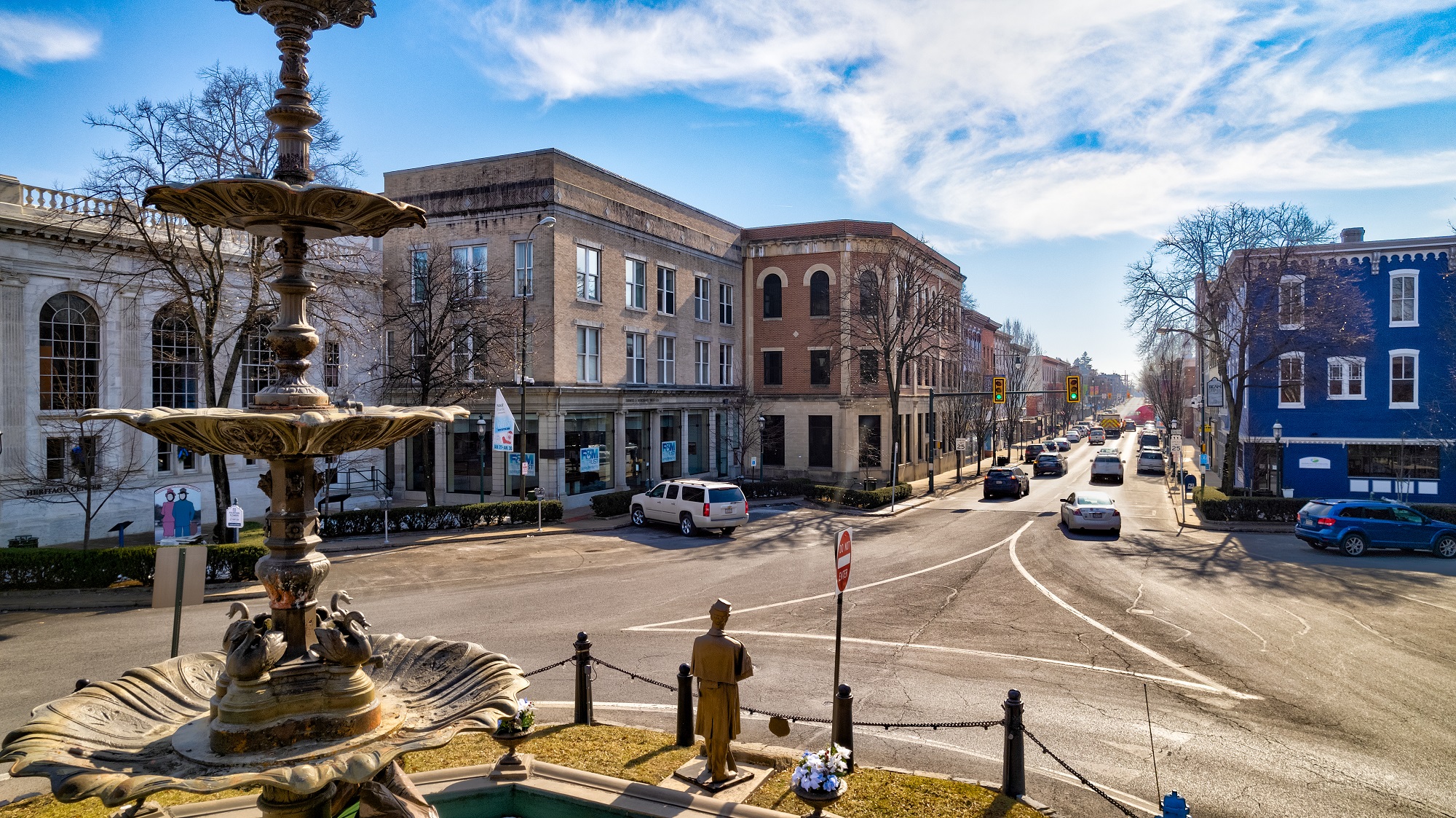 The foundation of the Chambersburg Area Development Corporation’s (CADC) success is its investment in real estate throughout the community and the development of four business and commercial parks. In all, the businesses and industries provide more than 3,000 jobs. Today, CADC's buildings produce revenue that is used to advance CADC’s mission to enhance the economic health of the community.

The Chambers-5 Business Park is a 350-acre business park, one of the premier business locations in south central Pennsylvania. The park was completed in 2008. It houses more than 30 locally and nationally known businesses that provide nearly 1,600 jobs. CADC had some key partners to make this park the success that it is today, including the Borough of Chambersburg and Guilford Township, multi-utility authorities and two railroads that helped make this project happen. 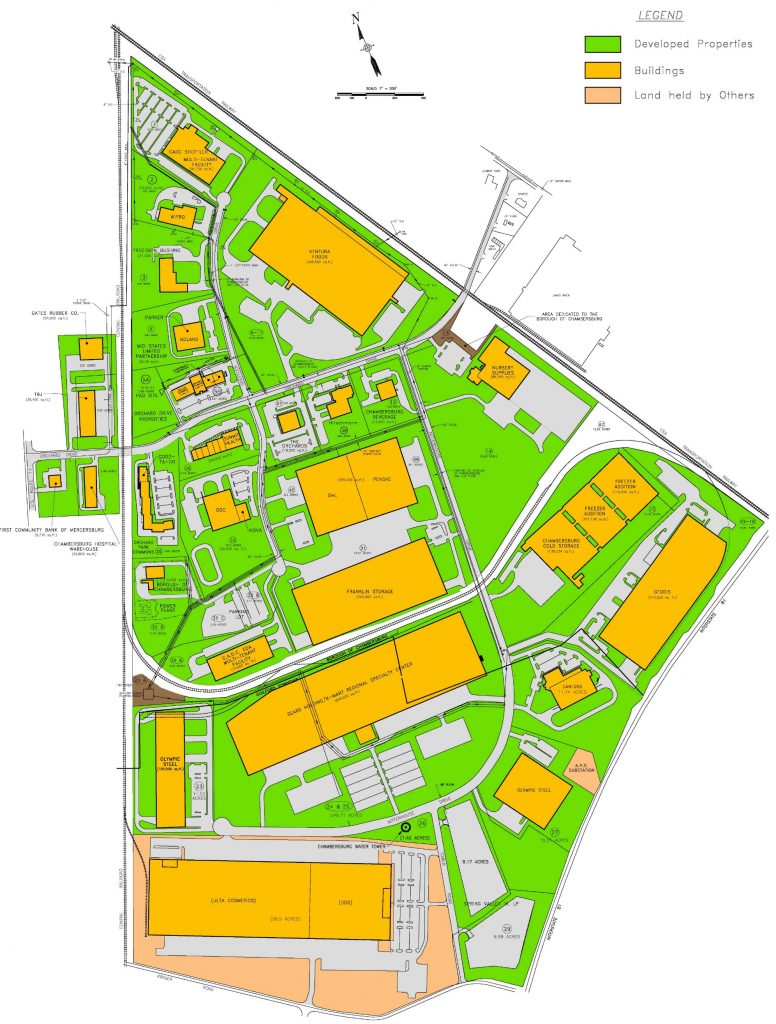 This professional business center in the Borough of Chambersburg provides nearly 800 jobs. It houses a number of businesses related to the medical field, a fast-growing business sector in Pennsylvania, as well as financial and government offices. CADC played a major role in the development of this commercial center including steering the development to uses beneficial to Chambersburg’s future.

CADC was also successful in having Fifth Avenue rerouted and lobbied for a new exit of Interstate 81 in the northern part of Chambersburg. Opponents held up the project for many years, but after meeting environmental and other standards, the exit was approved. The transportation infrastructure that CADC supported was built, including Exit 17 off Interstate 81. In just a few years, literally hundreds of thousands of retail space has opened, providing a real spark to the local economy. New stores, restaurants and other businesses are open for business in northern Chambersburg. 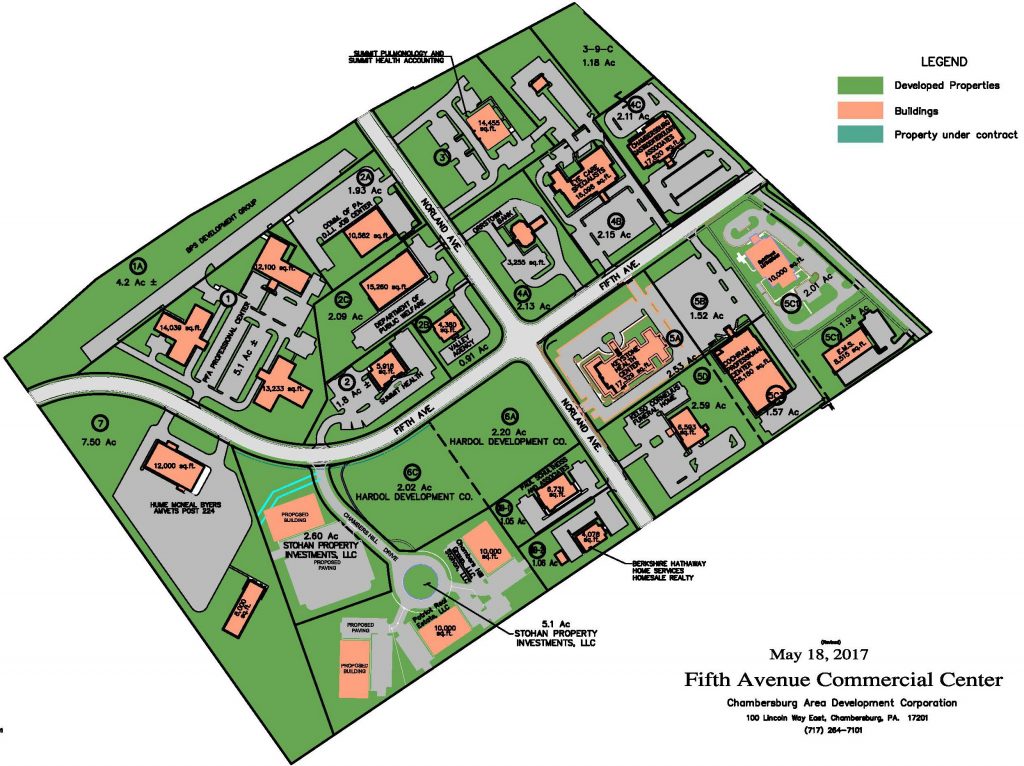 This is a medium manufacturing business park between Progress Road and Hollywell Avenue in Chambersburg. 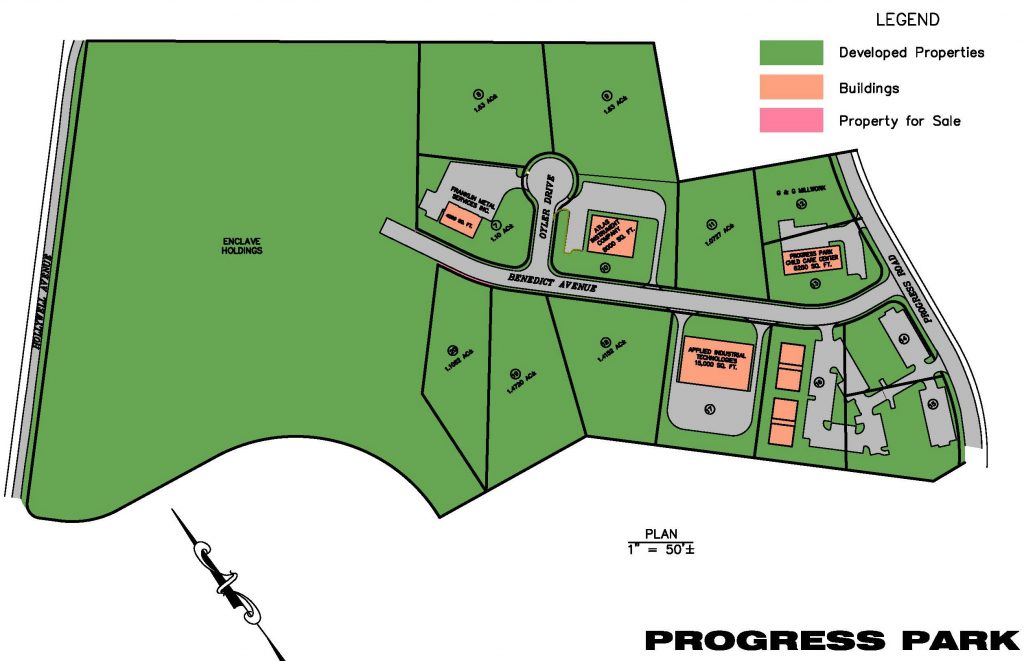 CADC’s older industrial park is home to about 20 businesses. This park provides more than 300 jobs in southern Chambersburg.

An entity formed as a public instrumentality of the Commonwealth of Pennsylvania, organized and existing under the Industrial and Commercial Development Authority Law, as amended, now known as the Economic Development Financing Law.

In 1960, community businessmen and leaders recognized Chambersburg’s valuable resources and location and undertook a capital campaign to fund a not-for-profit industrial development corporation. The business leaders raised $375,000 and organized the Chambersburg Area Development Corporation. Since 1960, CADC has continued to build upon the successes of its initial efforts.

CADC won the Pennsylvania Economic Development Association’s 2007 Small Economic Development Agency Award in October 2008 in recognition of its many accomplishments. CADC received the award in recognition of its success in job creation and retention, its workforce development initiatives, its four business and commercial parks, its support of downtown revitalization, its civic contributions, its leadership and public/private partnerships.

More than 50 years after its beginnings, CADC continues to be a major player in improving the economic health of the Chambersburg area and its quality of life. CADC recognized from the outset the importance of partnerships with local, state and federal leaders, businesses and educational institutions.

CADC works with others to bring major employers to the area and to improve the downtown and quality of life in Chambersburg. All of these factors contribute to ongoing success in recruitment and retention of businesses and industries. The result is a healthy economy with an unemployment rate that's better than the state's rate.

CADC, an affiliate of the Greater Chambersburg Chamber of Commerce, is linked to more than 2,800 jobs and about $3 million in wage and property tax revenues annually. Its four business and commercial parks are premier sites for business and industry along the Interstate 81 corridor. The county added jobs at a rate 45 times faster than the rest of the state in 2006-07, adding 1,600 jobs during that time period. The manufacturing sector grew in Franklin County, too, at a time when it was not growing in much of the nation.

CADC has been proactive in attracting business and industry, contributing annually to the Franklin County Area Development Corporation, which markets the county to business interests.

CADC was able to obtain a $1 million federal grant for the $3 million renovation of a 1915 bank building in the heart of downtown, which has been home to the Greater Chambersburg Chamber of Commerce and Heritage Center since 2004. The building also includes an addition with four floors of office space, which is where the Chamber of houses other Chamber affiliate offices: CADC, the Chamber Foundation, Downtown Chambersburg Inc. and the Cumberland Valley Regional Development Corp.

In addition to economic development, CADC has devoted resources to improving the quality of life in the area, contributing $25,000 to the Chambersburg Memorial YMCA, $25,000 to the Grove Family Library, and about $500,000 to the historic Capitol Theatre, which is a key draw in the downtown area. CADC’s support of Downtown Chambersburg Inc. and the Greater Chambersburg Chamber of Commerce has resulted in successful downtown revitalization efforts. Its financial contributions also enabled the Greater Chambersburg Chamber Foundation to hire a full-time executive director, a South Central Workforce Investment Board intermediary who is focusing on workforce development and three Leadership Franklin County programs.

For communities to be successful, there must be creative private-public partnerships and CADC has positioned itself to be a strong, private partner.