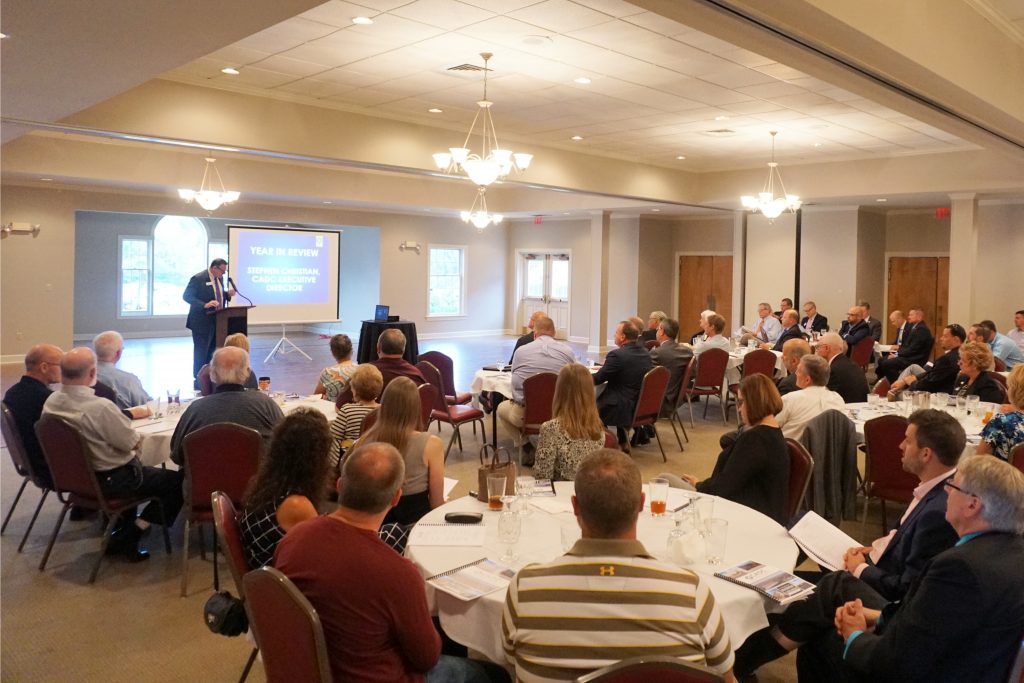 CHAMBERSBURG, PA – Chambersburg Area Development Corp. (CADC) reported its 2018 total net worth of $13.1 million to its members and community representatives earlier this week at its 59th Annual Meeting.

CADC, a not-for-profit industrial development corporation, presented highlights from 2018, its strong financial position and its impact on the community during the luncheon held at the Chambersburg Country Club. Stephen Christian, executive director of CADC, led the 2018 review and reported that buildings leased by CADC earned an annual rental income of $1.4 million and nearly $290,000 was paid in property taxes.

“Exciting new developments are on the horizon, and CADC’s strong financial position will enable us to implement our strategic plan moving forward,” said Christian. “We look forward to continuing our legacy of support for local charities and nonprofits in our community.”

Eric Foreman, CADC’s incoming president, shared the organization’s plans for 2019 and beyond. At CADC’s United Business Park in Shippensburg, Lowe’s recently opened a 1.2 million-square-foot bulk distribution facility. As part of its downtown initiative, Foreman explained the plan for F&M Trust to purchase the former Danfoss manufacturing facility from CADC for $7 million and CADC’s future ownership of F&M Trust’s headquarters on the square in Chambersburg.

CADC continues to focus on the needs of the community and the development of industrial parks that support a strong economy, as outlined in its strategic plan. CADC’s key priorities include strengthening the balance sheet, building projects, workforce development, maintaining a strong partnership with the Greater Chambersburg Chamber of Commerce, providing match funding for infrastructure upgrades to downtown, an investment program, downtown home ownership and membership.

Since 1960, CADC has invested in real estate throughout the community and developed four business and commercial parks. In all, the businesses and industries provide more than 3,000 jobs. Today, CADC's buildings produce revenue that is used to advance CADC’s mission to enhance the economic health of the community. For more information, visit Chambersburg.org/CADC.